After waiting almost 3 months, the RGB encoders are arrived!
Two packages from Taiwan, for a 21Kg of encoders for a total of 3000pcs…
Now i think we have enough encoders for a couple of years.

Here a couple of images: 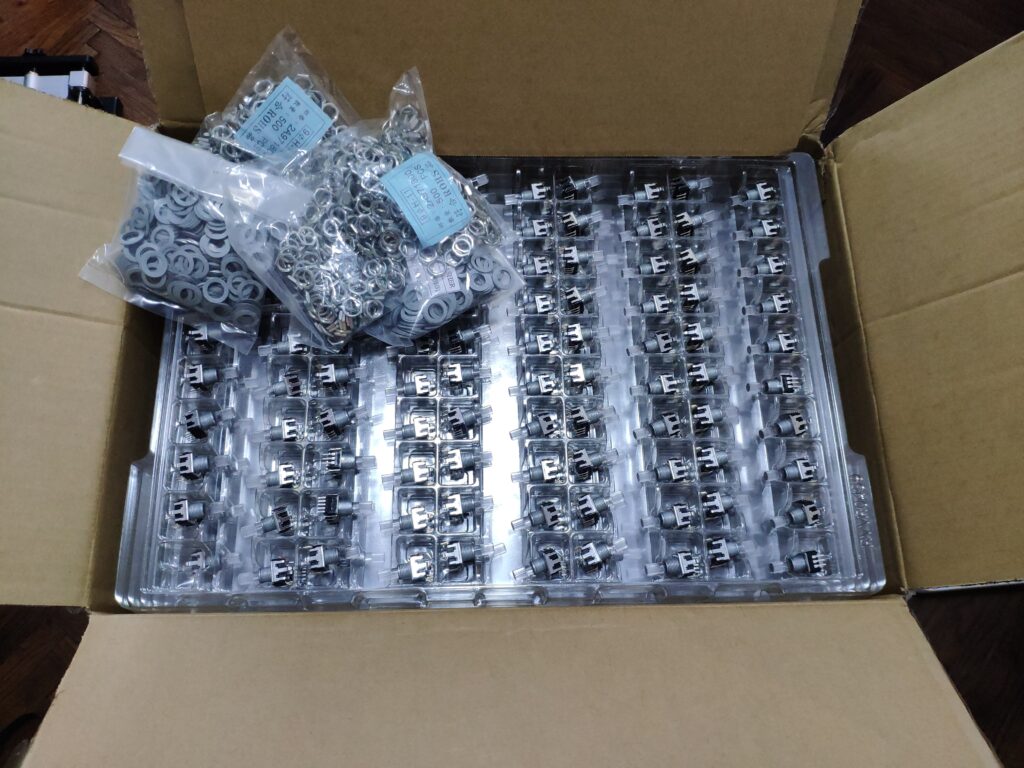 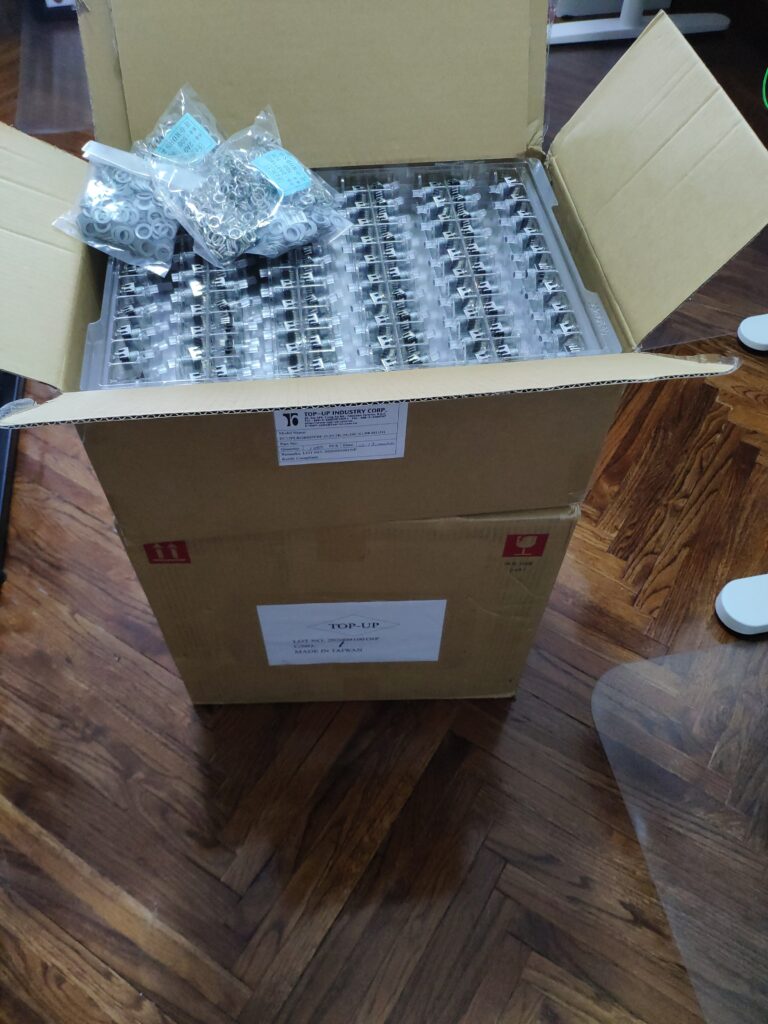 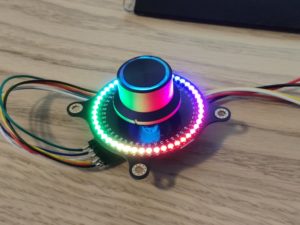 The RGB LED Ring is an accessory of the rotary encoder. The shaft of the encoder can be insert in the center hole of the board. It support both the normal rotary encoder and the RGB encoder.

There are 48 RGB LED disposed in a circle with a 40mm diameter. In total there is 144 LEDs. Each single LED can be controller with 256 step, then each RGB LED are encoded with the 888 format. The controller is the IS31FL3737 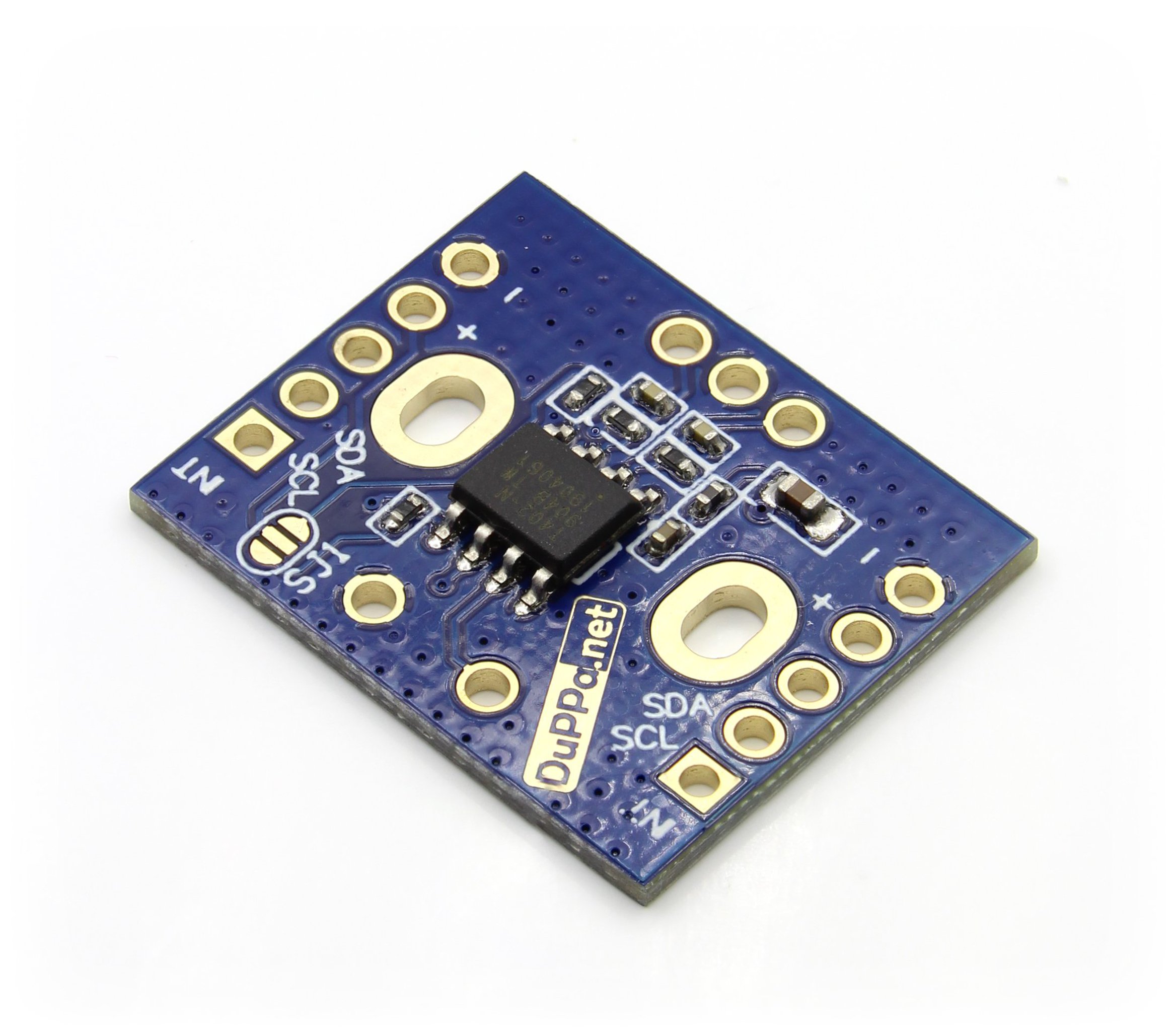 What it is and its story

We have married at May 6, 2018. Since we both of us are Electronic Engineers, we had decided to make these Bride Badges to attach on Wedding favors we had prepared to each wedding guests as a gift. The badge has 2 touch pads, 18 micro RGB LEDs and 18 of 0402 LEDs. By touching either touch pads, the LEDs are enabled and plays some light effects. 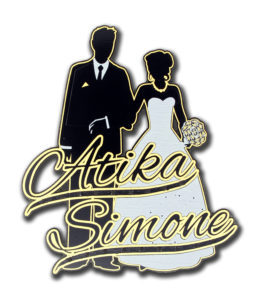 The effect that Bride Badge is attached to wedding flavors: 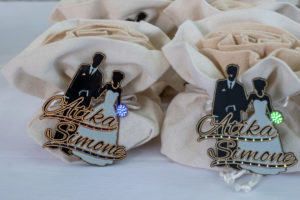 We have decided to make this badge few mouths before our marriage. In order to save time, we used the components that we already familiar with. We have made 25 badges and all the components are soldered manually.

The PCB is just a double layer with a dimension of 75x65mm. The black color is the soldermask, the white is the silkscreen and the gold parts are just the copper with the ENIG treatment.

On the top face, there are only the LEDs, on the bottom there are the chips, battery and the brooch.

Those LED are just 1x1mm: 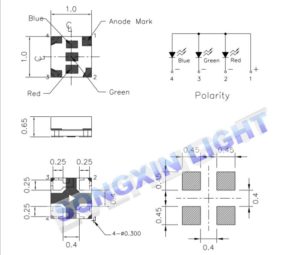 The 0402 LEDs are placed on the bridal bouquet, we have also made it in different colors, while the RGB LEDs are under our names.

To activate the light effect, we have added two capacitive sensors under the two figures. For driving those sensors, we have used the Capacitive mTouch™ functionality of the PIC 16F18326. 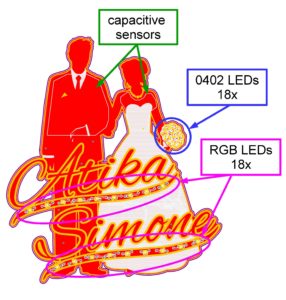 On the bottom, there are all the chips and the passive components.  We have covered all this part with a black hot glue.

There are also the battery holder. The battery is the CR2032. 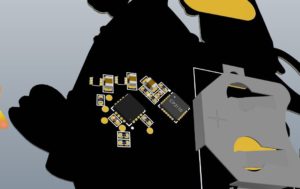 And here the result with the covering: 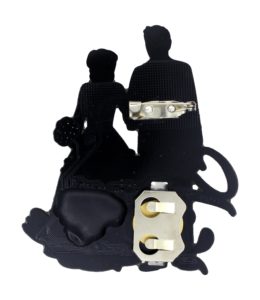 We didn’t putted any ON-OFF switch, this because we were thinking to use some low power functions of the PIC and use the capacitive sensors as a wake up trigger.

This reduced a 1 week of battery life, but for us the importance was that the duration was at least the day of our marriage!

Check for more details on hackaday!

One year ago we release the I2C encoder V2, now it is time to add some improvements!

We have made the I2C encoder V2.1, and the new features are the following:

Of course all the source file are available on GitHub

The board is available on Tindie!

Following the philosophy of our I2C Encoder, a new product is born!
It’s the I2C NavKey! 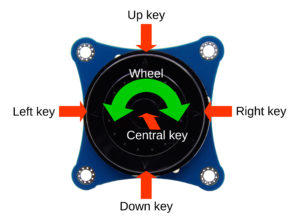 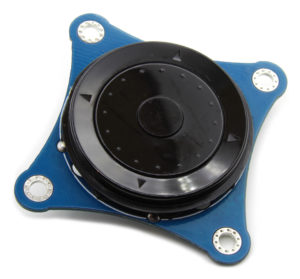 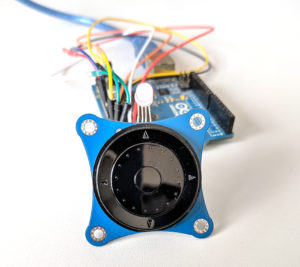 Of course all the source files are available on GitHub.

Design files are available on GitHub.

This board is available on Tindie!

We have made a new USB – UART converter with 4 independent isolated ports. 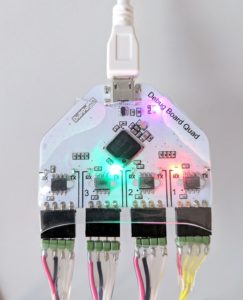 Check out on our Tindie Store!

We have added our new product: the new I2C Encoder V2 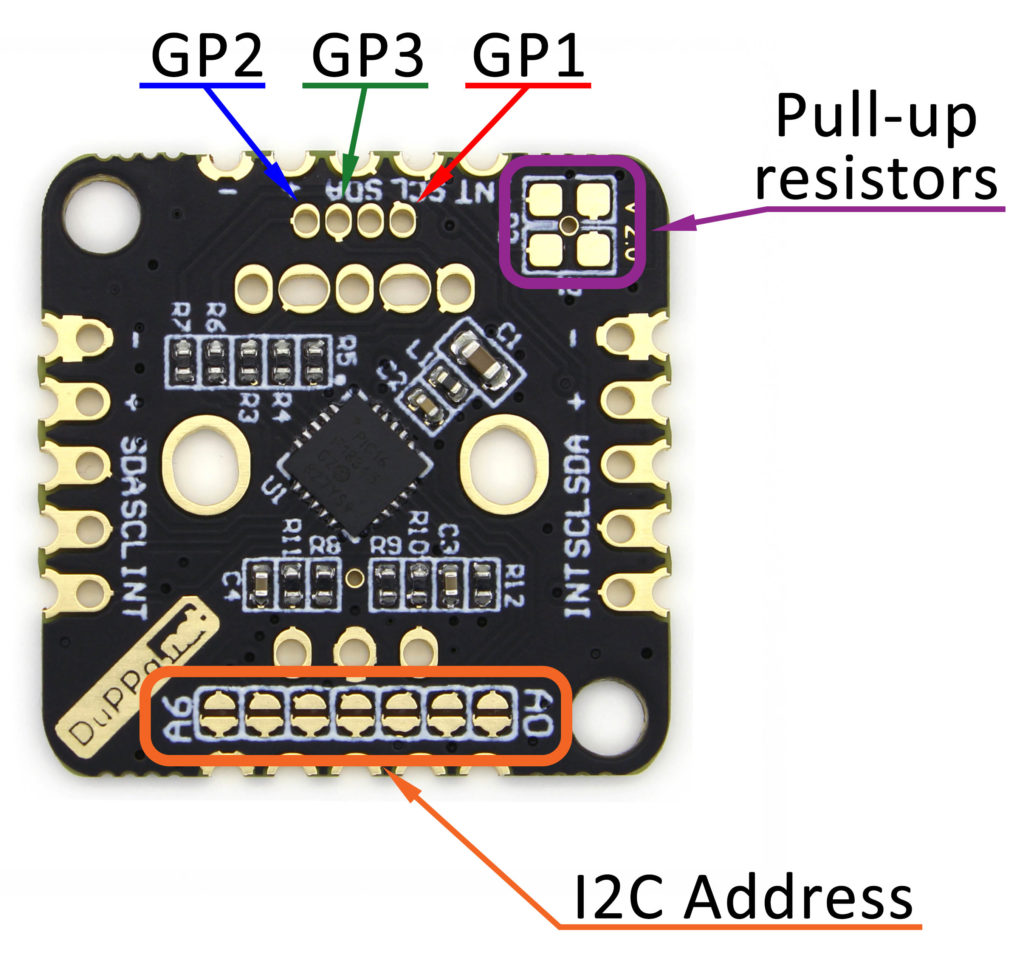 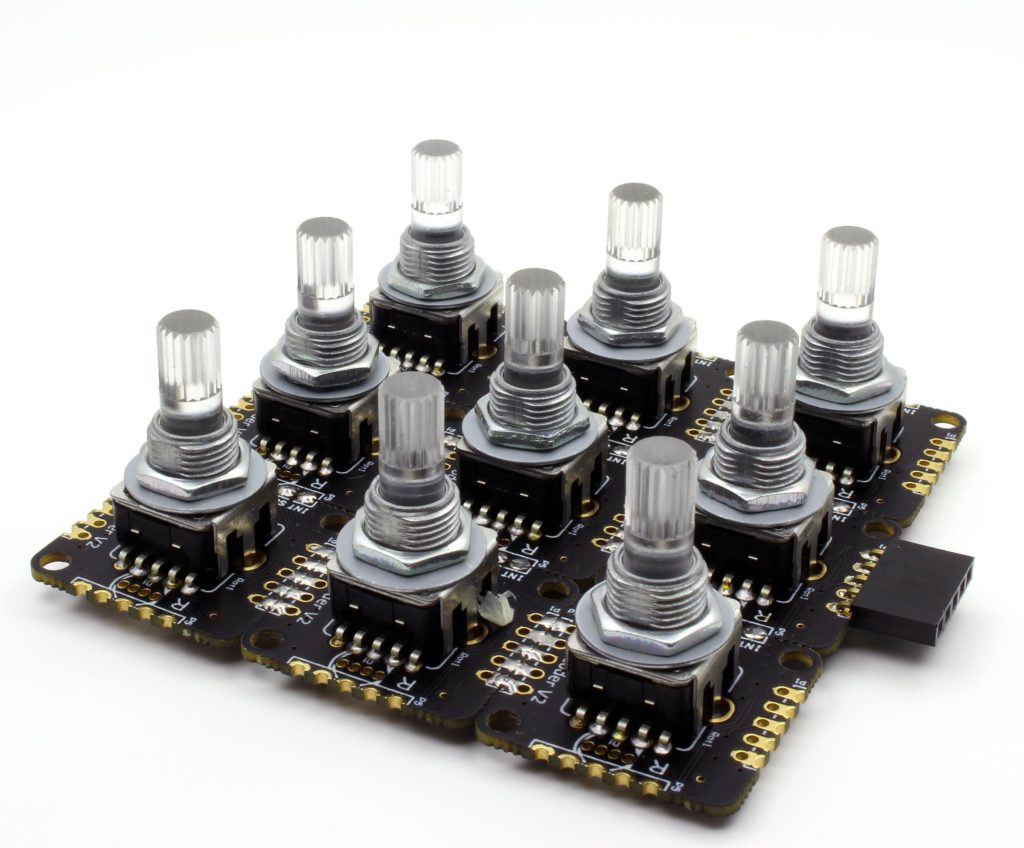 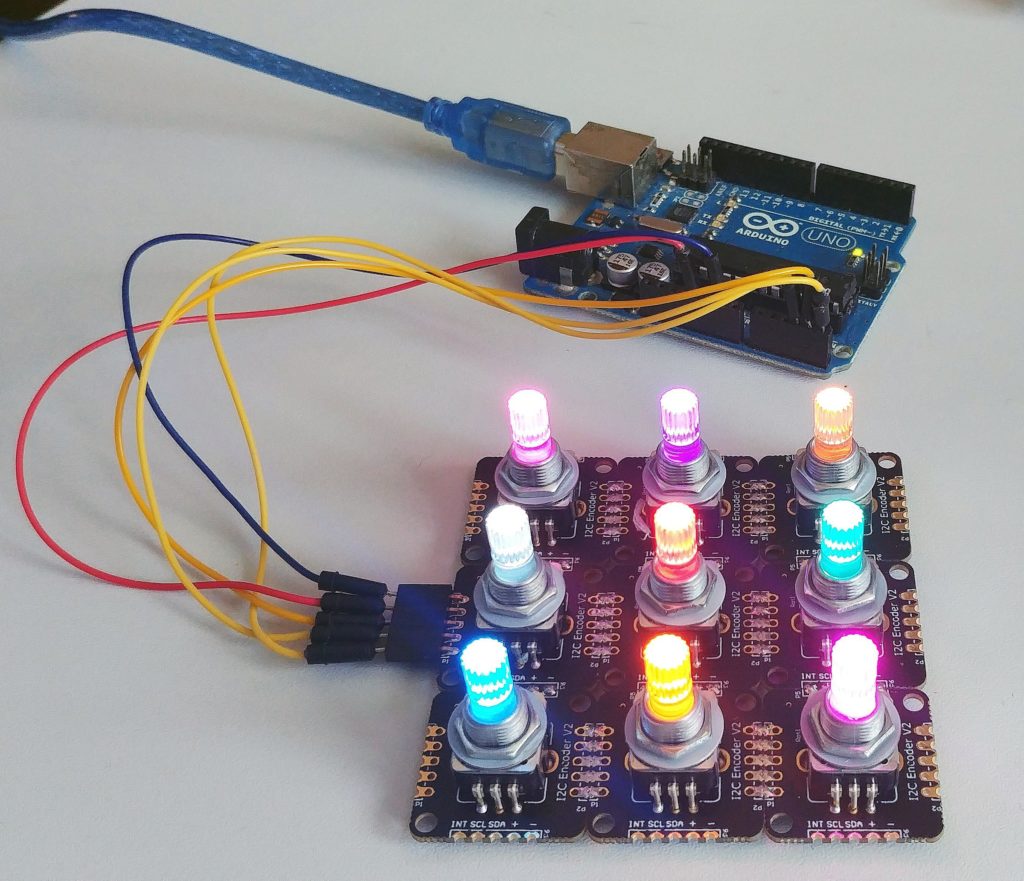